Some of you may know of my Immorality of Immortality Trilogy.
Book One: Playing with Reality
Book Two: Gambling a Fairytale
Book Three: Chancing the Truth (coming 2014 . . .)

The whole thing started off when I decided I wanted to create my own vampires.  There were bits and pieces of the various vampire legends and stories that I didn't quite agree with.  So I made my own stuff up, with the help of a brand new vampire Felix Hesper who was learning piece by piece what it meant to be a vampire.

Felix's story was not that simple or that small.  Felix's story was so intense it took up three books, around 1,100 pages and 2 years 9 months of my life.  The story is so close to my heart that I still can't get over it.  I want to rewrite book one at some point in the next five years or so because I think I could do it better.

But I want to know what you guys think. 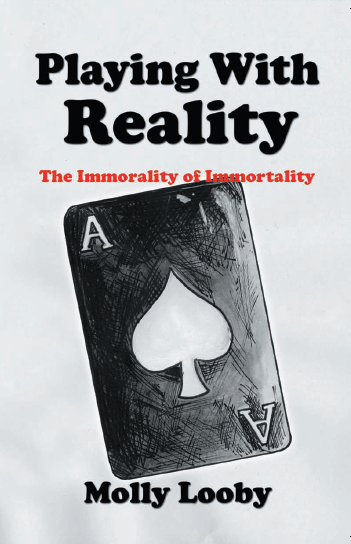 You can check out Playing with Reality in various ways:

Please read at least the teaser chapters and drop me a comment on Movellas.  Don't forget to like and favourite too.


It's about time I made this as easy as possible for you.

Email ThisBlogThis!Share to TwitterShare to FacebookShare to Pinterest
Categories amwriting, Playing with Reality, The Immorality of Immortality Trilogy

There's no other way to describe this story than with the true blurb:


HERE IS A SMALL FACT

YOU ARE GOING TO DIE


1939.  Nazi Germany.  The country is holding its breath.
Death has never been busier.

Liesel, a nine-year-old girl, is living with a foster family on Himmel Street.  Her parents have been taken away to a concentration camp.  Liesel steals books.  This is her story and the story of the inhabitants of her street when the bombs begin to fall.

THIS NOVEL IS NARRATED BY DEATH

It's a small story, about:
a girl
an accordionist
some fanatical Germans
a Jewish istfighter
and quite a lot of thievery.

ANOTHER THING YOU SHOULD KNOW


What can I say?  This book is a masterpiece.  A stroke of genius.  A pleasure to read.  Some might say it's a hard read and not one to pick up if you don't have a lot of time.  It seems to be the opinion that you have to put a lot into this book to get what you want out of it.  I disagree.  I found it so easy to fall into Nazi Germany that I finished the book within the week even though it's 550 pages long.  I've never read anything quite like this.  It was intriguing.

The first thing I loved about the book was what I ended up loving most.  The narrator, Death himself.  He tells you Liesel's story from the most unique perspective I've ever come across.  Both retrospective and omniscient but with personality and emotion.  Death seemed so soft and warm as a character, even though that seems peculiar to write.  I laughed a few times at his narration when he jumped in to add something he thought we should know.  I loved how aware our narrator was of us readers.  I was being told a story from beginning to end.  The little facts and observations Death adds in as we go along made this book what it is.  I think that was one of the reasons I loved The Book Thief so much.  It's almost like Death's personal scrapbook on Liesel Meminger, the book thief he's so fond of.

The only point that I see this as being a problem for the reader is when the pages of Max's book are almost too small to read.  The illustrations are fine but the writing is tiny.  That was a stupid decision made by whoever was in charge of that part of the book.  I had to really try to read Max's words which was disappointing seeing as he's such a huge character in the book.  I was so excited that I got to read his words but my heart dropped when I saw the size of them.  Other than this, all the interruptions are perfect.  I don't care what some people think.  It's not distracting or a waste of time.  It shows personality and adds to this book like diamonds add to a bracelet.

The reason I don't think this book is hard to read is because the paragraphs are so short.  It was so easy to pick up and so impossible to put down.  It was separated into ten parts, each part named after a stolen book.  I quickly got into the habit of reading at least one part a day until I got to the end and read about four in one go.

History was beautifully interweaved in this story.  The Book Thief was both all about history and yet not.  I loved that about it too.  I can't deal with heavy historical fiction, regardless of how much I love history.  History was both the most important factor in The Book Thief and again not.  It was expertly crafted by Zusak and I'm in total awe.

I only have one sort of criticism when it comes to characters.  And that is: there were so many I got confused.  The minor characters that made up Himmel Street got combined in my head and I couldn't remember Frau What's-Her-Face to Frau Oh-You-Again.  It didn't help that they were Herr or Frau (Mr or Mrs) Whatever because the surnames were all German, again, making it hard for me to remember, not knowing anything about German names myself.  It just made it difficult for me to distinguish between one character and another.  I think I got my head around it eventually.  I'm not sure it mattered though.  I understand a sense of community was the most important thing and I certainly felt that.

As for the major characters, well . . . anyone who has read this book must've fallen in love with them as I did.  They were all flawed and believable.  I hated them and loved them as I do my own friends and family.  Especially Rudy, Max, Mama/Rosa and Papa/Hans.

Plot - 8/10 - I see where people are coming from when they say there wasn't much of one, but in my opinion they aren't looking deep enough


Would I recommend it? Yes - It was sold to me as a YA book but it could just as easily be for adults

Would I look up the author? Yes - I'm very curious about Zusak's other novels.


The Book Thief was incredible.  It blew me away.

In the style of my World Book Day blog, here's another list.

This time here's a list of strong female characters to be proud of.


I've got some pretty strong female characters in my books too.  Didn't want to miss them out!

The Immorality of Immortality Trilogy:
ZA:
I Dare You:
My Yet Unnamed Werewolf Book (Although I've got a pretty good idea for a title now):
Just A Pair Of Abominations:
Oh and I thought you'd like to know there's a least one awesome female in my next book too!  She is incredible.

We rock, plain and simple. 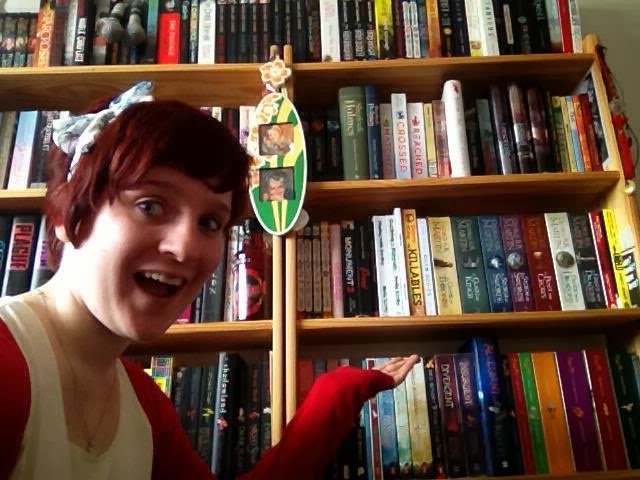 In celebration, here area list of 40 awesome books/series from my shelf!
(If you're wondering they're ordered alphabetically by author)

This is the final book in the trilogy so don't spoil books one and two for yourself.  I would read them if I were you.  'Unearthly' and 'Hallowed' are amazing.

Clara and Christian are of to Stanford with Angela to accompany her on her journey to her purpose.  But Clara has bigger problems, like the Black Wing that keeps showing up.  With the help of Christian, Clara sets out to find her brother, help Angela in her purpose and work out her own destiny.  But can she learn to live with the fact that she'll never have a future with the thing she wants most - Tucker?

I think this will be a rather short review because I don't have anything to say that I haven't said before.  Like 'Unearthly' and 'Hallowed' before it, 'Boundless' blew me away with how much I enjoyed it.  I fell straight back in effortlessly even though it'd been six months since I read 'Hallowed'.   I remembered who everyone was without much prompting at all, it was amazing!

I am so pleased that at last there's a final in a trilogy that hasn't dissapointed me in some way or another.  'Boundless' delivered everything I wanted and more.  I cannot believe that Cynthia Hand doesn't have more fans!  She's awesome!

The plot took turns I was expecting and needed and also took me places I'd never even thought I'd go and that was a gift.  It was the perfect mix of surprise and acceptance as I strolled around the world with Clara and Christian.

While I'm on Christian and Clara, I must say how much I loved them.  They were perfect.  Faulted and real.  And Clara's wit was just right.  She made jokes that I would make, unlike other books where the characters are just too unbelievably funny.  I loved how these angel-bloods felt human.

And there's not much else to say.  I loved it all the way through.  I couldn't put it down and I cried.  What else can you ask from a reader?

Would I recommend it? -  Yes, all three were excellent reads

Would I look up the author? - Yes, and I will

'Boundless' was everything I wanted and needed and more from the finale in the trilogy.