All right, I'm going to level with you here. I'm not going to write during week six (at least that's what I'm saying now). I am unbelievably busy with a little book called ZA, which has been my entire life for the past six months.

Anyway, in comparison to how huge ZA is in my life right now, After book three just really isn't up there on the scale of important things. Don't get me wrong, I'm not stopping. I just need a week to sort out my exceedingly long to-do list!

Okay, back to week five.

I wrote almost 11,000 words, which is pretty much the same as last week. Steady is my friend at the moment. I'm sure once I reach the climax I'll be throwing 4k and 5k days around--at least I hope that's what's going to happen.

Unfortunately, I'm falling out of love with the book again. I don't know whether it's because I'm so in love with ZA that nothing can compare or just because I can't give it the love and attention it deserves.

I guess only the read through once I'm done will let me know. 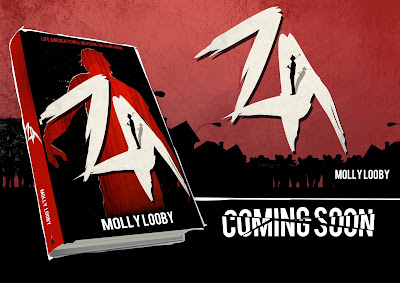 It's time to get #ZAReady! 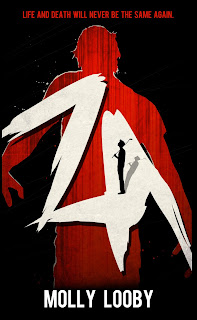 I'm so thrilled to announce that ZA will be released on Friday 13th May 2016 by Molten Publishing!

I can't wait to share this story with you! If I had to wait any longer I might burst!

I got back into the swing of it this week, and my words came faster and better than last week. Thank goodness!

Sometimes you have to be strict with yourself. But this isn't one of those times.

When I set my target, I didn't consider how insanely busy I was going to be working on getting ZA ready for its big release. In hindsight, I should've set my target to 1,000 words a day, which would've been more than achievable. But we live and learn, don't we?

As far as 'After' book three is concerned, it's going to be a lot longer than I imagined. I might even reach 100,000 words for the second time ever (though I nearly hit 100,000 words with one of the ZA drafts).

Exciting news! I have teamed up with amazing writing site, Movellas, to bring you a Zombie Armageddon themed writing competition!


Enter to win a signed copy of ZA and feedback from me!

Here are some more details but visit the competition page on Movellas for everything you need to know.

1. Write a fanfiction or regular story about the Zombie Armageddon, or where the world is ravaged by another type of apocalypse. This can either the outbreak or years later.

2. Write a fanfiction or regular story where a group of people must band together. Whether they're in a desperate situation or not is up to you!

1st place will receive a signed copy ZA and feedback on their entry from Molly.

Best cover/trailer will receive a signed copy of ZA.

So week three wasn't my best. In fact, it's a pretty poor show actually. But give me a break, I took the week off (mostly).

I can no longer compare book three to Thereafter and Hereafter as I'd finished them both by this point. And now that I think about it, how crazy is that? That seems super human. How was I ever supposed to keep up with that?

Instead of writing, I've been spending time with family and friends and basically just being a normal human being. And I guess we all have to do that every once in a while.

But it's all right. I've worked out where the next five or so chapters are going and what exactly is going to happen in them so writing this week should be easier. Fingers crossed.

Maybe this week I'll actually do some writing.

As expected, week two is much more difficult than week one.

I spent much of this week hating every word, wondering why I didn't just throw in the towel and write something else. My other half asked me why I didn't just skip my words for a day. But if I don't do if for one day, what makes me do it the day after that and after that and after that? Next thing I know it'll be three years later and I'll still be no further on. No. Not writing isn't me. In fact, the idea terrifies me.

Let me tell you, that's not easy when you find yourself writing a scene of faff and you know you're 90% likely to cut it in editing. As an inexperienced writer, I never had this problem. Ah, the easy days.

The second half the week was much easier, thank goodness, and I'm getting excited about where the story is going again.

Just got to keep chugging along!