Well 2015 has been a huge year! This year I've learnt more from my failure than my successes and I have been braver than I ever have been before (and than I ever thought I could be).


But let's start off with the most important shall we? Books!

I only read 28 books this year which sounds like a lot but not when you compare it to my 32 from last year and 34 from the year before. I was 7 off my target of 35 and perhaps I'll drop my target down to 30 next year. I've got to say, when you're running your own business, there's a lot less time for reading. But that shouldn't be an excuse so next year I'll aim for 30!

I read some incredible books this year but here are the top ten in the order I read them:

I knew my favourite of 2015 was going to be Burn by Paula Weston even before it came out. I adored the Rephiam Series which I read books 2, 3, and 4 of this year. It is just an outstanding read and anyone who loves YA should go and read it straight away! 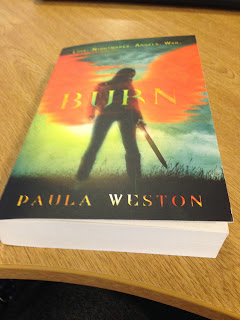 Special shout out also to Pittacus Lore whose Lorien Legacies series I picked up this year. I read the first four and can't wait to pick up book five and six next year!

This year I also put three books down without finishing them for the first time ever. What can I say, life is really getting going for me and I don't have time for bad books! No more terrible reads for me! Be afraid, be very afraid.

I wrote 33 book reviews this year which is something to do with having books from 2014 left over that I hadn't reviewed yet back in January! This is blog 52 of the year so I have again succeeded in blogging once a week! Go me!

My three favourite posts are definitely My Definitive List of Disney Classics , Books Nobody's Reading That Everybody Should Be Reading for #IreadYA , and  NaNoWriMo Pep Talk 2015 so if you want to go back and read something I suggest one of these. 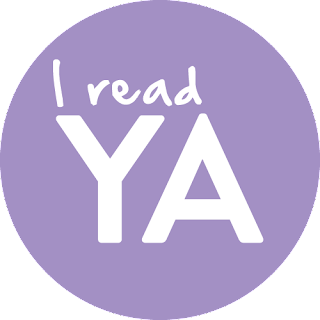 This year also saw the mark of my 100th Post! which is just insanity.


Now blogging isn't my entire life - shocking, I know - I also do some writing sometimes!

I won some in 2015 (Shortlisted for the Wicked Young Writers Award 2015) and I lost some in 2015 (only wrote 1 book this year.) but I learnt a hell of a lot about writing and about myself. 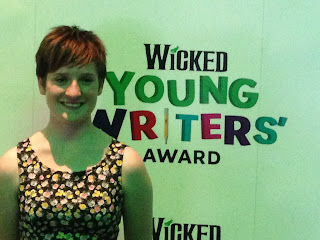 My NaNo project, Imprint, crashed and burned and I couldn't be more glad. Three days into NaNo I decided enough was enough and threw the thing away. This let me concentrate on what I really wanted to be working on, ZA. (By the way it stands for Zombie Armageddon.) Some of you might recognise the title from 2013 and yes, it's the same novel in essence but I'm revamping it. More drama, more chaos, more gore. It'll be beautiful and shiny and even more terrifying in 2016 so thank you so much Imprint for being so terrible! (Come 'like' ZA on Facebook for all the news!) 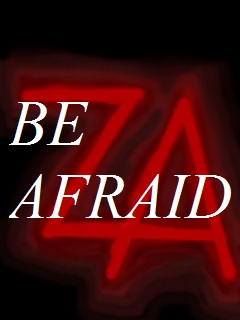 Thereafter, book one in the After trilogy, is doing fantastically on my favourite writing website in the world, Movellas. This year Thereafter reached 10,000 reads on Movellas which is a fantastic sign for the rest of the trilogy. I'm counting on all the movellians buying it when I get round to releasing it!

Oh and I also released Chancing the Truth, the third book in my Immorality of Immortality trilogy. Gosh I have been busy! 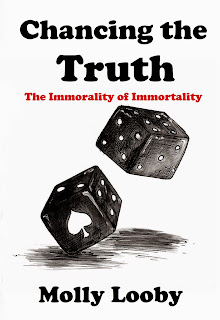 But I swear to you, I've been hard at work too!

One of the reasons 2015 has been so incredible is because I started my very own publishing company: Molten Publishing (you can come and join us on Twitter here!). We are a dynamic publishing house passionate about phenomenal young adult fiction - what else! - and our first release, ZA, will be out next year! 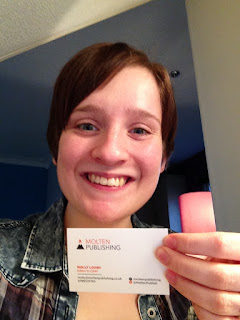 I also opened my editing and critiquing, social media services, and mentoring pages!

I wonder what's around the corner for next year . . .

Next year will of course bring ZA and the zombie armageddon and I'm so excited for that I could burst!

As well as that I'm going to write book three in the After trilogy and get round to polishing Thereafter and editing Hereafter.

There are so many books still on my shelf but I'm looking forward to The Rest of Us Just Live Here by Patrick Ness and of course more Lorien Legacies books!

And who knows, Molten Publishing might even open for submissions. Definitely stick around for our author events and creative writing workshops though!

Thank you to everyone who reads my blog. Here's to sticking around for 2016!

I hope you had a wonderful Christmas and enjoy the most fantastic new year imaginable,

The Power is from the author of the crazily successful The Secret and is all about love and positive thinking.

Now this is a little strange for me because not only is this book not YA, it's also not fiction at all. I'm not sure if this is why it took me so long to read or because I was swimming in the deep sea of NaNoWriMo.

The Power is unlike anything I've ever read. I've never read a self-help book before (can I even call it that?) but this one made me think that maybe I'd like to read another. It was so full of great positive lines that I would feel fantastic after picking it up and reading a little section. It made me buzz with smiles and try and put the teachings into action . . . but that's easier said than done. The longer I went from picking it up, the harder I found the message to digest. It seems a lot more difficult to action in the real world. Byrne is teaching that you can just ignore emotions like sadness and anger but in reality, this is a mammoth task. I don't know whether this can be counted as a flaw of the book but the further removed I become from it, the more I found I couldn't do what Byrne suggests.

I'm not going to pretend to be an expert on non-fiction books but I will say this: The Power was incredibly repetitive. Love is the strongest force. Love don't hate. Turn away from hate and negative emotions. If you believe you receive. They are all the basic messages. The Power seemed to me to be these phrases repeated and re-worded and over-explained over and over again. Don't get me wrong, the message was beautiful, but she seemed to run out of material insanely quickly. Although it is a phenomenal performance of writing so much and saying so little.

Though don't get the wrong impression, I did enjoy it, it just started to exhaust me after a while and I was glad when it was over. I'm grateful for the messages Byrne teaches in The Power, but I felt like I needed a lie down afterwards.

Would I recommend it? Yes. If you need a little pick-me-up, this book is for you!

Would I look up the author? No. I think sticking to my YA fiction is the best bet.

The Power was a beautiful read though rather too repetitive for me.

*Author Note: I have for so long been proud of saying I've reviewed every book I've read for the past two and a half years but now that I own my own business and am reading non-fiction also it just doesn't make sense. The Power will be my last non-fiction review. I will however continue to review all fiction that I read. The non-fiction will still be added to my 'Books Read' list and given a star rating on Goodreads but there will be no review. If you want to know what I thought of one of these non-fiction books please feel free to ask! Thanks and love to everyone reading my blog!*

Welcome to my Secret Life of a Book Blogger post! Thanks so much to Georgia from Stories in Books for tagging me!

1. How long have you been a blogger? Two and a half years on this blog. I tried blogging a few times before and could never really get on with it. But now I think it's stuck!

2. At what point do you think you'll stop blogging? I don't want to stop! But I think the busier I get the harder it will be to update weekly. But hopefully I won't stop!

3. What is the best thing about blogging? Writing in a different way than I'm used to. Writing non-fiction posts once a week helps me grow as a writer and of course reviewing all the books I read helps too!

4. What is the worst thing? Having to set it all up the way I want it. Font, size, all that jazz. It's all about the words for me so the formatting really bores the pants off me.

5. How long does it take you to create/find pictures to use? I don't tend to use pictures - like I said, it's all about the words. It would be incredible to be able to create my own artwork though wouldn't it?

6. Who is your book crush? Book crush? Character from a book you mean? Rafa from the Rephiam Series by Paula Weston off the top of my head.

7. What author would you like to have on your blog? Any and all of them! But specifically Carrie Ryan, Moira Young, Paula Weston, Patrick Ness, Michael Grant, and of course J.K. Rowling.

9.  How long does it take you to prepare? It depends what it is. My book reviews start off as bullet points as I'm reading a book and sometimes they take me half an hour to write but sometimes they can take me an hour. Depends on how much I loved or hated a book!

10. How do you feel about the book blogger community? I think it's brilliant and I wish I knew more book bloggers!

11. What do you think one should do to get a successful blog? Writing interesting posts that people want to read is a must but I think more importantly getting your personality across. That's the difference between a blog post and an article, right?

I have WON NaNoWriMo for the fifth year in a row.

Time for a celebration! And then back to writing . . .

Well NaNoWriMo, you are once again defeated. You are yet to taste my defeat and I've got a lot of novels left in me yet! See you next year . . .